Stories are not static. Telling a story through a novel, movie, speech, or a conversation–causes things to happen. No matter how great or small, moods change, minds change, and lives change. Narratives possess power to move and transform us on several levels of our lives: intellectual, emotional, moral, spiritual, and political. The 10th biennial Narrative Matters conference is an interdisciplinary event that explores these themes. Scholars and practitioners will gather to consider the central role of narrative in our lives and world. Keynote speakers, workshops, papers, and symposia at the conference will address the role of narrative in themes such as: 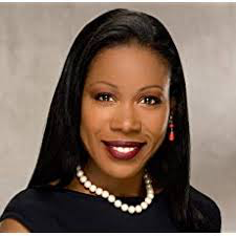 Isabel Wilkerson, winner of the Pulitzer Prize and the National Humanities Medal, has become a leading figure in narrative nonfiction, an interpreter of the human condition, and an impassioned voice for demonstrating how history can help us understand ourselves, our country, and our current era of upheaval.

Through her writing, Wilkerson brings the invisible and the marginalized into the light and into our hearts. Through her lectures, she explores with authority the need to reconcile America’s karmic inheritance and the origins of both our divisions and our shared commonality.

Her debut work, The Warmth of Other Suns, won the National Book Critics Circle Award, the Heartland Prize for Nonfiction, the Anisfield-Wolf Award for Nonfiction, the Lynton History Prize from Harvard and Columbia universities, and the Stephen Ambrose Oral History Prize, and was shortlisted for both the Pen-Galbraith Literary Award and the Dayton Literary Peace Prize.

She is a native of Washington, D.C., and a daughter of the Great Migration, the mass movement that she would go on to write about. She won the Pulitzer Prize for Feature Writing in 1994, as Chicago Bureau Chief of The New York Times, making her the first African-American woman to win a Pulitzer Prize in journalism. She then devoted fifteen years and interviewed more than 1,200 people to tell the story of the six million people, among them her parents, who defected from the Jim Crow South.

As for her new book, Caste: The Origins of Our Discontents, the venerable U.K. bookseller, Waterstone’s calls it an “expansive, lyrical, and stirring account of the unspoken system of divisions that govern our world.” 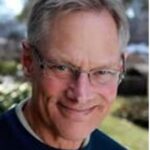 Arthur Frank is professor emeritus in the Department of Sociology at the University of Calgary. His first book was a memoir of his own illnesses, At the Will of the Body (1991, new edition 2002). He then wrote a study of how people narrate their own illnesses, The Wounded Storyteller (1995, second edition 2013), complemented by a book on the ethics of clinical relationships, The Renewal of Generosity (2004). His most recent book is Letting Stories Breathe, about how stories affect our lives. He has lectured in Sweden, Norway, England, Spain, Portugal, among other countries and was a Resident Fellow in Canadian Studies at UCLA. His interests include narrative bioethics, clinical education, and healthcare practice, especially end-of-life care. But, in whatever venue—all it’s ever really about is saying something that helps somebody make better sense of a life that’s become troubled. 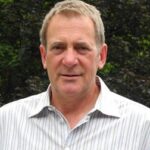 Dr. William L. (Bill) Randall is Professor of Gerontology at St. Thomas University in Fredericton, New Brunswick, Canada. A graduate of Harvard University, Princeton Theological Seminary, and the University of Toronto, as well as a member of Emmanuel College, Cambridge, he has helped to pioneer a unique approach to the study of aging known as Narrative Gerontology. ​

​Author or co-author of over 60 publications, including 8 books, on this approach, he has given keynote speeches, academic presentations, and interactive workshops for professionals, practitioners, and the general public in Canada, the US, the UK, the Netherlands, France, Spain, Germany, Denmark, Sweden, Iceland, and Norway.

Molly Andrews is Honorary Professor of Political Psychology at the Social Research Institute, University College London, and the co-director of the Association of Narrative Research and Practice. In 2019–2020, she was the Jane and Aatos Professor in Studies on Contemporary Society at the Helsinki Collegium for Advanced Studies. Her books include Lifetimes of Commitment: Aging, Politics, Psychology and Shaping History: Narratives of Political Change (both Cambridge University Press), and Narrative Imagination and Everyday Life (Oxford University Press). She serves on the Editorial Board of five journals which are published in four countries, and her publications have appeared in Chinese, German, Swedish, Spanish, French, Czech, German, Norweigian, and Finnish. For more information, see mollyandrews.co.uk.

Mark Freeman is Distinguished Professor of Ethics and Society at the College of the Holy Cross. His research activities and interests include philosophically-oriented work in what has come to be known as “narrative psychology”—which in the present context refers to that portion of psychology which looks toward narratives (e.g., autobiographies, memoirs, life histories) to explore such topics as autobiographical memory, personal identity, and the cultural fashioning of personal experience. Of special relevance in this context is his book Hindsight: The Promise and Peril of Looking Backward (Oxford, 2010), which explores the idea that there is much that we can know about ourselves only in retrospect: looking backward over the personal past, we can frequently see what we either could not or would not see earlier on as well as discern the contours of our unfolding life stories. 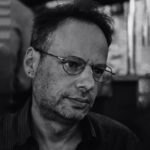 Brian Schiff is the Esmond Nissim Professor of Psychology, Director of the George and Irina Schaeffer Center for the Study of Genocide, Human Rights, and Conflict Prevention and Chair of the Department of Psychology, Health, and Gender. Schiff completed his Ph.D. at The University of Chicago, The Committee on Human Development, in 1997 and joined The American University of Paris in 2007.

Schiff is author of A New Narrative for Psychology (Oxford University Press, 2017) and co-edited Life and Narrative: The Risks and Responsibilities of Storying Experience (Oxford University Press, 2017). He is also editor of a special issue of New Directions for Child and Adolescent Development, Rereading Personal Narrative and Life Course (Jossey-Bass, 2014), and Situating Qualitative Methods in Psychological Science (Routledge, 2018). He is the 2016 recipient of the Theodore Sarbin Award from the American Psychological Association’s Division 24 (Society for Theoretical and Philosophical Psychology).

Schiff’s current research examines the motivations of perpetrators of mass crimes, the concept of collective memory, and the social impact of atrocity education. 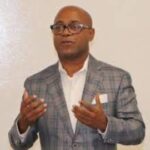 Derrick P. Alridge is a former middle and high school social studies and history teacher. He currently serves as the Philip J. Gibson Professor of Education and as an affiliate faculty member in the Carter G. Woodson Institute for African-American and African Studies at the University of Virginia. An educational and intellectual historian, Alridge’s scholarship examines education in the U.S. with foci in African American education and the civil rights movement. His books include The Educational Thought of W.E.B. Du Bois: An Intellectual History; The Black Intellectual Tradition: African American Thought in the Twentieth Century (with Neil Bynum and James B. Stewart); and Message in the Music: Hip-Hop, History, and Pedagogy (with V.P. Franklin and James B. Stewart). Alridge has also published in numerous journals, which include the History of Education Quarterly, The Journal of African American History, Teachers College Record, Educational Researcher, and The Journal of Negro Education. He currently serves as an associate editor for The Journal of African American History. 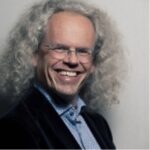 Gerben J. Westerhof is professor in Narrative Psychology and Technology and director of the Story Lab at the University of Twente, the Netherlands. He is also past president of the advisory board of the International Centre for Life story Innovation and Practice (ICLIP, hosted by the University of Connecticut). He is interested in how narratives contribute to sustainable mental health across the lifespan, focusing on psychopathology as well as well-being and meaning in life. He developed and evaluated about ten narrative interventions, always working together with professionals and clients in the field, ranging from autobiographical reflection for social work students to online life story books for persons with dementia and life review therapy for several groups in mental health care. 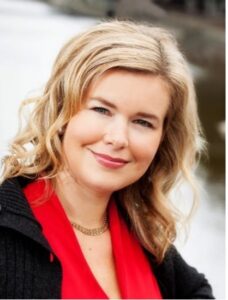 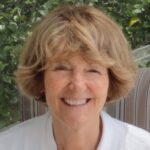 Karen Skerrett is a Licensed Clinical Psychologist and Advanced Practice Registered Nurse and has taught at the Chicago Center for Family Health, The University of Illinois, Adler University, and most recently at the Family Institute/Center for Applied Psychological Studies at Northwestern University

Her research and writing focus on resilient processes in couples across the lifespan and strength-based approaches to couple treatment. She is the author of Growing Married (2022), Co-author of Positive Couple Therapy, and Co-editor of Couple Resilience and presents nationally and internationally on adult development, life cycle transitions, innovative approaches to couple treatment and the unique processes of relational resilience and growth in couples across the lifespan.

She has also contributed numerous book chapters and articles to professional journals and reviews for Family Process, Families, Systems and Health, and the Journal of Family Nursing, among others. Her work has also appeared in the Chicago Tribune, Parents Magazine, Psychology Today, and the San Diego Union Tribune. 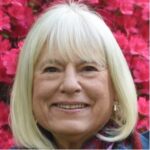 Dr. Ruthellen Josselson is Professor of clinical psychology at The Fielding Graduate University and a psychotherapist in practice. She was formerly a Professor at The Hebrew University of Jerusalem and Harvard University and a Visiting Fellow at Cambridge University. Her research focuses on women’s identity and on human relationships. She received the Henry A. Murray Award, the Theodore R. Sarbin Award, and the Distinguished Contributions to Qualitative Research Award from the American Psychological Association as well as a Fulbright Fellowship. She has been active in group relations work for many years, consults to organizations, and lectures and conducts workshops both nationally and internationally. She is co-director of the Irvin D. Yalom Institute of Psychotherapy. On her approach to therapy: “I work from a psychodynamic and an existential psychotherapy perspective. I think of psychotherapy as a project that two people undertake together to try to better understand the problems of living in order to make changes that serve growth and personal fulfillment. I work primarily with conflicts concerning relationships, work and identity, and these often underlie symptoms of anxiety and depression.” 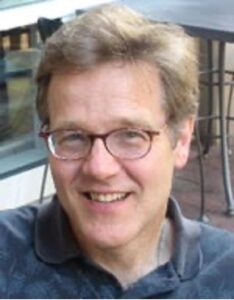 Conference Room rate is US $129 per night (approximately US $150 with tax, not including breakfast). The rate of $129 is available through Friday, April 22, 2022. Please mention Narrative Matters 2022 when booking.
Book Now

We are pleased to announce a reception at the Center for Civil and Human Rights on the evening of Tuesday, May 17, 2022.
Learn More

With the exception of the receptions on Monday and Tuesday evenings, all events will take place on the first and second floors of the Mercer University Atlanta Administration and Conference Center.
View Campus Map