Professor of Informatics
Program Coordinator, B.S. in Information Technology and Informatics and B.S. in Software Application Development and Human-Computer Interaction
Department of Mathematics, Science, and Informatics 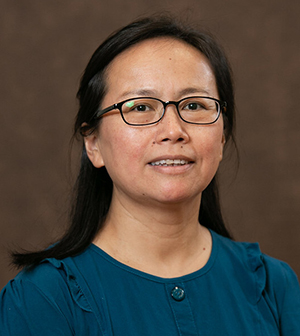 Dr. Feng Liu developed the Community Project Based Learning Model (CPBLM) for all informatics, software development, and human-computer interaction (HCI) course studies. The idea is to use local community, real-world service-learning projects as part of the software development and HCI class contents and assignments. It could potentially be a continuing project that could be carried over into the student’s capstone project. It is also called a scaffolding curriculum. This CPBLM helps engage and stimulate students’ learning and interest, and allows students to reflect on the meaningful impact technology can have on their lives, their community, and the society they live in. In 2017, Dr. Liu published a paper to define and practice the Concurrent Learning/Teaching Model (CLTM) for online and in-class students to communicate and learn seamlessly together. Concurrent teaching has now been adopted widely in remote teaching/learning environments. From 2011 to 2021, Dr. Liu developed or has been involved in developing numerous curriculum programs, such as Informatics, Computer Graphics, and Visualization; Computer Science, and Data Science. Dr. Liu believes learning should be joyful and her role as instructor is to facilitate students to learn how to learn and what to learn.

Leadership positions in the profession/discipline