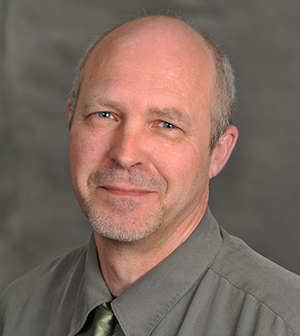 Born and raised in Southern England, Ian Henderson left “high school” and worked for two years in insurance. His education continued as a “non-traditional” student at Birmingham University, in the English Midlands, with an undergraduate degree in Philosophy. While undertaking teaching certification (in Liberal Studies) at Manchester University, he enrolled in an “extra-mural” (continuing education) course in Structuralism and Semiotics, which functioned as one of those life changing experiences for him, solidifying a shift in his intellectual perspective from the Anglo-American analytic to the Continental philosophical tradition, leading to a discovery of the newly revived discipline of Communication. At Sheffield City Polytechnic Dr. Henderson began a (night school) M.S. but when he became aware of opportunities for international study, he left without completing his thesis but with a Diploma in Communication Studies. He came to this country for his M.S. (at Southern Illinois University at Carbondale) with a distinctly European and interdisciplinary perspective on the discipline and continued on to complete a Ph.D in Speech Communication. The international theme in his background continued when he was selected as an exchange professor (for three months) to Seinan Jo Gakuin, a Japanese “junior college’ for women in Kitakyushu (1997) and for most of its history, he served on the University’s International Education Committee. Dr. Henderson was selected as a Governor’s Teaching Fellow for 2012-13.

During the last 10 years his service work has concentrated on curriculum development, both within our college and within the University. He continues to teach courses on the impact of media on our lives in courses on Film, Popular Culture, and Mass Media, as well as in more traditional areas – like Interpersonal Communication and Communication Theory. Dr. Henderson continues the interdisciplinary approach to teaching theme by teaching core classes in Critical Theory and in the Art/Culture connection that has and continues to inform our lives.

Henderson’s academic interests continue to be informed by the Philosophy of Communication, but are now modified by the social paradigm on communication and the shifts engendered by contemporary media and practices. This has led him back into the fascinating history of the impact of communication media on culture and society, to past and present ways of experiencing and interpreting our world through speech, writing, print, and electronic media.

He has published on Semiotics, Intercultural Communication, and the novelist, Thomas Pychon, presented papers on a range of topics, including pedagogy and popular music (Dr. Henderson’s dissertation looked at contemporary popular music).