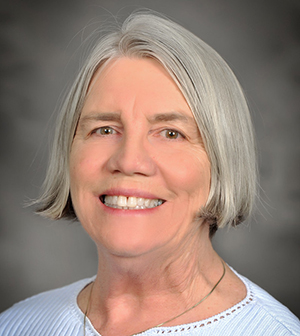 Bilingual in English and German, Margaret Eskew earned a doctorate in linguistics from Georgetown University in Washington, DC, where she also taught courses in German language and German women writers and served on the faculty of the Georgetown Summer School in Trier, Germany. She earned a master’s in German Literature from Tulane University, where she began her teaching career and later served on the faculty. She previously directed the Macon English Language Institute program in the College of Professional Advancement. In addition to Mercer, Georgetown, and Tulane, she worked in historically black universities for almost three decades, primarily Dillard University and Xavier University of Louisiana. At Dillard, she initiated majors in German and Japanese Studies and was the founding director of the Summer Intensive English Program for Kwansei Gakuin University. At Xavier University, she developed and directed the Center for Intercultural Studies and designed its expansion to the Center for Intercultural and International Studies, for which she and a coworker established study abroad opportunities at 18 universities around the world. Eskew has won numerous awards for excellence in teaching and innovative practices in student learning environments and recognition for the language programs for which she was the founding director.

Eskew’s research centers around the WWII era and the linguistic and cultural analysis of propaganda.

She authored The Syntactic Preferences of Adolf Hitler, published by Peter Lang, and served as the publishing editor of two recent books on the World War II era by author Dodie Cantrell-Bickley: The Reason of Fools and A Reason to Fear. She was also the faculty mentor and editor for a book of student writings entitled Regeneration: A Journal of Creative Writings, Chico The Polar Bear, a children’s book written and illustrated by then student Yvonne Gabriel, and Light in Dark Places by philosophy and religion professor emeritus Duane Davis. She is currently working on the second volume of Regeneration and a book for helping those suffering from trauma, Gold Stone, written by W. David Lane and Donna E. Lane and illustrated by Yvonne Gabriel. She continues to work on a 1947 manuscript describing the trial of executed Japanese General Yamashita, a translation into English of Jack Iwo’s Göbbels Erobert die Welt, and a revision of Pierre Ferrand’s autobiographical account of his family’s journey from Nazi Germany through Paris and eventually to the United States. She meets regularly with student writers, several of whom have their own books in progress.