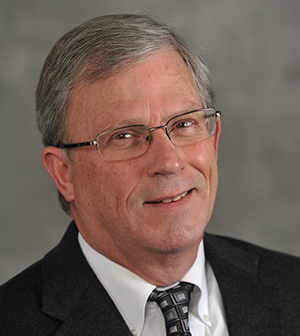 Professor Terry has been with Mercer since receiving his doctorate in 2002, teaching courses in American History, European History, and World History. He served as Assistant Dean of the College of Continuing and Professional Studies from 2004 to 2008. Since then, he has served as subject area Coordinator for History.

Originally from the Midwest, Southern Indiana, and suburban Cincinnati, Ohio, Professor Terry completed his undergraduate degree in History and German Language at Ohio University in Athens, Ohio. He completed a year-long study abroad program at the University of Salzburg, Austria. He was inducted into Phi Beta Kappa in 1972 and was a member of the Honors College.

He spent the years between undergraduate and graduate school in sales and as a business owner, serving the graphic design and low-voltage communication industries.

His book, coauthored with photographer Dan Patterson, “Surveying in Early America: The Point of Beginning” (University of Cincinnati Press, June 2020), examines the development of the profession of surveying in 18th century America using period sources and reenacted photograph.

Surveying in Early America: The Point of Beginning, (University of Cincinnati Press, June 2020)